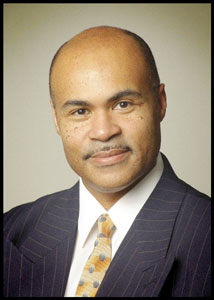 Ronald R. Browder, Co-Founder, serves as an executive consultant for the Ohio Federation for Health Equity and Social Justice, the Dba name of the Health Disparities Collaborative of Ohio Inc, a 501c (3) statewide nonprofit organization incorporated in the State of Ohio and is principally made up of agencies, organizations and individuals concerned about minority and multicultural health, health equity, social justice and the elimination of health disparities for racial/ethnic populations.

Ron served as the Executive Director of Children’s Defense Fund – Ohio for seven years beginning in July, 2004.  He was charged with overseeing all aspects of the children and family agenda for Ohio.  He brings a unique blend of grassroots activism, political acumen, steadfast determination and personal integrity.  He has committed his life to advocating for the least fortunate in our society, the poor.   He led Ohio in the movement to Leave No Child Behind® and to ensure every child a Healthy Start, a Head Start, a Fair Start, a Safe Start, and a Moral Start in life and successful passage to adulthood with the help of caring families and communities. During this time Mr. Browder served as a Commissioner for the Ohio Safe Schools Summit convened by the Ohio Attorney General and Governor of the State of Ohio.

Ron came to CDF-Ohio with more than twenty-four years of administrative and program experience with Family and Children Service organizations. Before joining CDF-Ohio, he served as Bureau Chief for Child and Adult Protection, Adoption and Kinship, within the Ohio Department of Job and Family Services (ODJFS).  In this capacity he was responsible for the development and administration of programs which included: Adoption, Foster Care, Child Protective Services, Kinship Care, Foster Care Licensing, Refugee Services, Family Violence, Adult Protective Services and Social Services. Ron also served as the Policy Executive for child welfare and social services to the Director of the Ohio Department of Human Services.  In addition, he also served as the Secretary of the Ohio Children’s Trust Fund which was responsible for the distribution of over 5.0 million dollars in prevention funds.  Prior to his tenure with the State, Ron was a caseworker with the Franklin County (Ohio) Department of Human Services.

While working at the ODJFS, Ron also wrote and managed Ohio’s first series of major grants supporting refugee needs totaling over 1.0 million dollars. He led Ohio in the attainment of over 5 million dollars in Federal Adoption Assistance incentive funds by working with counties to increase adoptions over 30% over a three year period.  He also directed the development and implementation of Ohio’s 3.1 million dollar nationally acclaimed and replicated Kinship Navigator program and the Kinship Resource Guide.  He managed annual budgets of $400 million + and supervised large multi-functional staff.  While at the department, Ron served on a number of national committees focused on children and family services. Ron has presented at national conferences, spoke on national radio and television programs, regarding many aspects of child welfare and social services.

Ron received the United States Department of Health and Human Services’ National Adoption Excellence Award in 2003.  He received two commendations from then-Governor George Voinovich for his efforts to improve management and diversity in state government. He received a commendation from the Ohio Commission on Minority Health for his exceptional service as a Commissioner.  He is listed in Who’s Who in Executives and Professionals.

A native of Alabama, Ron has resided in the greater Columbus for over 40 years. He is the proud parent of James, Michael, Hattie-Breana and Sophia.  A foster parent for over 20 years, specializing is helping young African American males transition to college and adulthood.  He holds a Bachelor of Arts degree from the Ohio State University and a Masters of Science in Educational Administration degree from the University of Dayton.

The Statehouse News Bureau - 3 weeks ago
...